Why is it Important to Connect Your IoT Devices on Different SSID’s? CyAs Tech Explains 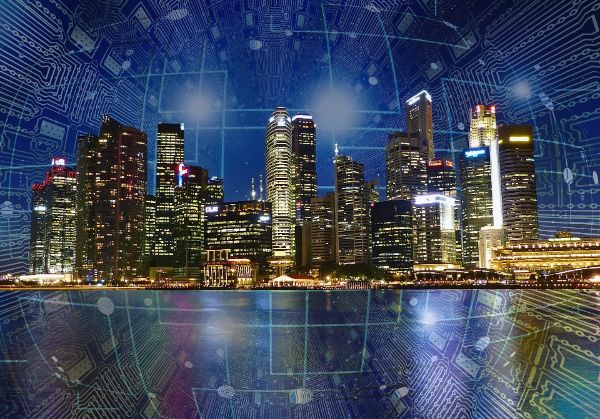 We are at a point now where many people are working from home, some are in more of a hybrid situation, while others are back at the office full-time. No matter the case, your IoT devices have the capacity to be putting not only your personal, but your business information at risk. Putting your IoT devices on a separate network or SSID is the number one way we recommend you keep your important data secure.

Here’s our take on the ever-increasing need for cyber security and the rising number of IoT devices putting you at risk.

IoT stands for The Internet of Things. In the broadest sense, the term IoT encompasses everything connected to the internet, but it is increasingly being used to define objects that “talk” to each other. “Simply, the Internet of Things is made up of devices – from simple sensors to smartphones and wearables – connected together,” Matthew Evans, the IoT program head at techUK, says.

These devices allow for a more connected world, and they help us in many ways. Now, there’s no need to throw your Alexa device right out the door, but there is a level of awareness that you should have around the expanding world of IoT devices. 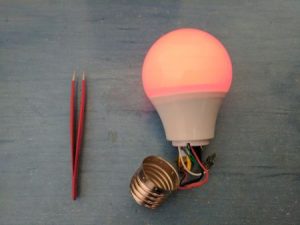 Why you need to put IoT devices on a different SSID.

While your IoT devices range from important to just downright fun or useful, the fact of the matter is that these devices allow access to and share data when they are connected to the same network. So, if you have your WiFi enabled scale, your child’s talking bear, and a smart light bult attached to the same network your work or primary laptop and phone are connected to, you are leaving the door open for hackers to do a digital drive-by on your important data.

How to go about getting your IoT devices on a separate SSID.

There are quite a few ways that you can get a different SSID set up on your network. The options range from simple and bare minimum to more complex. We could even manage them for you! The simple, and bare minimum fix, (if applicable) is to put all of you IoT devices that don’t contain sensitive data on a guest network. Again, this is only giving you minimal security, but is better than nothing! The next, and better recommendation, would be to buy a new router that is capable of broadcasting two or more separate SSID’s. You will want to familiarize yourself with the admin portal of your new networking device(s). Then, you will want to prioritize the devices to what have risky data and keep those safe on their own network, while putting all others on another.

We offer enterprise grade solutions for home and office that would take care of this issue and much more using our Datto networking tools too! 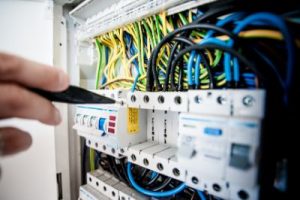 Datto Networking? What is that?

Datto Networking is provided by us at CyAs Tech. It is just one tool in a large stack of technologies we have available to us to keep you and your business on track, safe and secure!

Datto Networking provides a lot of benefits to consumers. It has enterprise features at small business costs. Features are centralized management and ease of use. This always makes it more efficient to manage! You get the ability to separate guest vs internal networks, assurance that your software and firmware stays up-to-date, and you get visibility into all the devices and usage to easily diagnose any problems that may arise. The warranty is also fantastic, making it an incredibly strong investment.

Datto is Applicable in Many Different Capacities.

We have had great success in different capacities while employing Datto Networking solutions.

We have a great example of how we have helped our clients with IoT devices and their managed networks. This client has security cameras at their business location. We placed their IoT devices on the Guest network to keep them isolated from their other devices. This way if the cameras are hacked due to potential security flaws, the hacker would not have access to any of the corporate data or devices on their secure network.

Another client of ours came to us using an older Datto hardware device, and it eventually failed on them. Datto Networking made it incredibly easy to replace the device with only a few hours of downtime for their business due to the failure. We were still able to access their cloud interface and retrieve its last known configuration and get the new one set up to match. We swapped out the physical box and our clients were back up and running in no time.

Our last example is of another client who uses our Datto devices to create a secure internal network for business use at home. Each employee works from home and we’ve given them each a firewall and access point to use at home. This essentially sets up a secured internal network for work computers to access the internet through, without affecting the personal network that’s already in place. The access points provided by Datto can also output multiple SSID’s and specifically isolate devices on a guest network so they cannot interact with each other but can still access the internet—perfect for IoT devices and guests that shouldn’t need to access network resources!

The most important thing we want to stress here is that you should absolutely be placing your insecure IoT devices on a separate network than the one you use that has access to your sensitive data. This is especially important in both your personal and business-related applications.

We offer an enterprise grade solution at small business costs and can manage any of your networking needs. We have decades of experience in many different fields that all have different requirements.

Contact us here to learn more about how we can help keep you and your most important data safe and secure!

Disclaimer: By providing links to other sites, cyastech.com does not guarantee, approve, or endorse the information or products available on these sites.
Share This